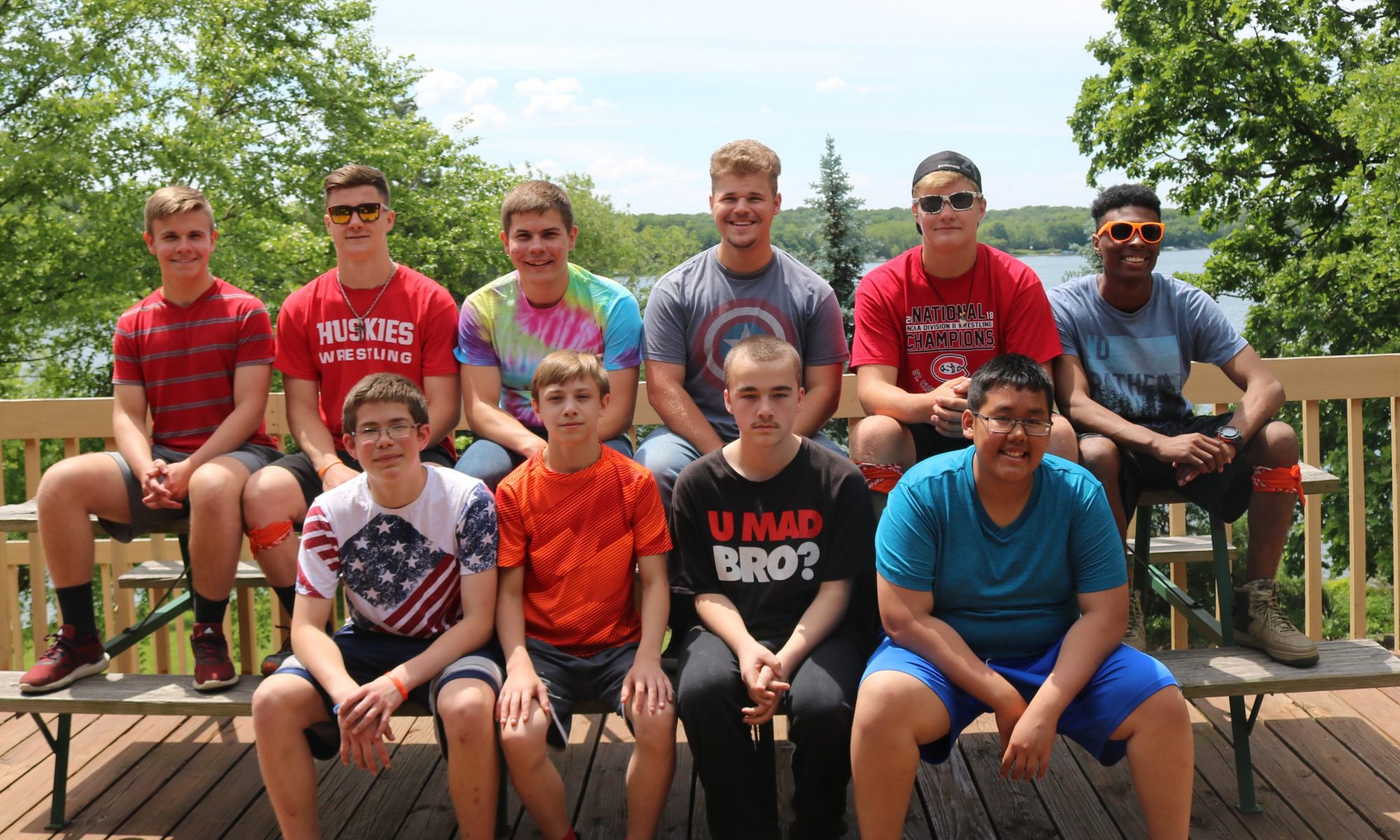 “When the prayers go up, the blessings come down!”

During my second week at camp, I had the joy of counseling junior boys, and along with them came fun services and some real throwback songs. Serving as a counselor at Camp Joy was one of the greatest opportunities of my life. Not only was I able to witness God working in the hearts of my campers, but I also experienced His working in my own. After only three weeks, I had already learned lesson after lesson. As I strived to do my best as my camper’s counselor, God served as my Counselor (Isaiah 9:6).

Today I wanted to share with you just three examples of God’s answer to my prayers while I was at camp. God showed me just how powerful prayer is, and as a result of the summer, my prayer life has continued to thrive and flourish.

I hope that as a result of these examples, your own prayer life can be enriched or encouraged. This post will be a testimony of God’s working through the first three weeks of my summer, and my prayer is that you will be blessed through it!

But as the week went on, we weren’t seeing many of our guys coming back to make decisions or ask for counseling. Many of the other counselors were excited about the decisions their teens were making, but I began to get discouraged. I wondered why our guys weren’t making some of the same decisions or at least responding in some way or another. I even started to evaluate myself as a counselor, wondering if I was doing something wrong.

Eventually, I took it to God (something I should have done days before), and I asked Him to reveal to me if I was missing something or doing something wrong. I also prayed that He would work in the hearts of our guys, and let them be open to the preaching. God opened my eyes to see with His vision instead of my own.

He revealed to me through the conversations I was having with the campers that there were specific areas He was targeting in their lives, and often what I thought they needed to work on was completely wrong. Some guys were looking for advice on being a good leader. Some others were looking for help in learning to study the Bible, or in developing a healthy prayer life.

I simply couldn’t see what God was doing in the lives of the campers because I was blinded by my own wrong expectations. God shared His vision with me though, and my frustration disappeared when I realized how much God had been accomplishing in their hearts, and ultimately, in my heart as well.

“Hear me when I call, O God of my righteousness: thou hast enlarged me when I was in distress; have mercy upon me, and hear my prayer.”

My second week as a camp counselor was spent trying to keep up with nine junior boys. It was an incredible week, but it stretched me and taught me a lot!

Leading a group of nine junior boys is a challenge in and of itself, but it was an even bigger challenge on account of the energy level of my boys. I loved how excited my campers were, and they were definitely devoted to fun. However, sometimes that energy was put to the wrong use, like arguing, fighting, or disobeying.

God blessed me with an amazing set of parents that taught me so much about patience (they had to raise me after all), and God really helped me to lead the boys well. But my constant reminders to behave were usually forgotten in seconds if remembered at all.

Wednesday night was almost comedic. One of my campers hit his friend, and while I was addressing that situation, one of the other boys took my backpack and hit his friend with it. The cycle went on and on. That night as I showered, I remember breaking down and praying something like this:

“God, why am I even here? I’m not cut out for this. I’m a failure. These boys aren’t growing spiritually, and they definitely aren’t listening. All the other counselors seem to be having a greater impact on their campers. Help me God. I don’t want to fail these boys, or You.“

Needless to say, things were still rough on Thursday, and things came to a bit of a crescendo during our team game. We had free time after the game, but after how things had gone during the game, I decided we’d take a detour before we went to free time. I had the boys sit down on the bleachers, and I had them all “high five” each other. But I told them if they couldn’t high five someone, they needed to go to that person and work things out so they could “high five”. Through a couple of different conversations that came up, we were able to talk about some really important topics like forgiveness, kindness, communication, and honesty.

The rest of the week wasn’t perfect but the boys definitely had grown since they had arrived on Monday. There were still quite a few confrontations and some bickering, but God used Thursday’s “intervention” to, again, shatter my expectations. While I felt like a failure, it was again simply because I couldn’t see the moral and social lessons that these boys were learning during the week.

While they weren’t dealing with sin struggles or assurance of their salvation, my campers were learning to get along with others and how to listen and obey. God took my feelings of failure and replaced them with the fulfillment of His purpose in developing my campers into more mature boys by the end of the week, in His own perfect way.

“I have called upon thee, for thou wilt hear me, O God: incline thine ear unto me, and hear my speech.”

After my junior campers went home, I started to grow more and more anxious about the upcoming week. It was a teen week, but I was blessed with the opportunity to work with the inner-city guys. I had actually already had a chance to meet some of them and counsel them during the winter retreat, but I was nervous to spend an entire week as their counselor.

They’re all fantastic young men, but they bring up some unique challenges. You have to be careful in how you handle almost any situation, as well as being extremely devoted and intentional about earning their trust and relating with them. It takes a lot, and it is a lot to handle and usually quite exhausting. I was extremely grateful and excited to have the inner-city group, but I really was concerned about my capability to do a good job.

After seeing how God had opened my eyes and redeemed multiple situations through prayer, I went to Him in prayer much more quickly than before. I prayed for wisdom, courage, and patience. I prayed that God would make a clear way through the challenges that the week would present. Since I had gone home to visit my family that weekend, I spent a lot of time in prayer about the upcoming week.

Monday came and I started my drive back to camp. I prayed and fixed my focus on God, and the trip flew by. When I got there, most of the campers had already arrived, so one of our program staff guys had been taking care of my campers for me. I went to find him, and when I found him, he was only with two campers. I was very confused and asked him where my other campers were.

“A few of your campers cancelled, and then the sponsors weren’t able to contact two who had signed up to be here. These are your only campers this week!“

I was blown away. Of course, I wished each of those young men could have been there for the week, but God had answered my prayer in a unique but incredible way. The week still had some challenges, but I was able to connect with both of my campers on a deeper level and built a friendship with each of them that really allowed us to have some very important spiritual decisions.

In my fear and spirit of anxiousness, God had already planned a perfect week with His perfect number of campers for me. It was humbling to see how He orchestrated the circumstances so that my campers could be impacted in the way He wanted.

“Be careful for nothing; but in every thing by prayer and supplication with thanksgiving let your requests be made known unto God.”

I hope that these stories of God’s provision and answers to prayer encourage you to grow in your own prayer life as well as your faith in God’s power to answer prayer.

I will continue to share more on my camp experiences, and other ways that God provided for me during my time there. It was an incredible summer, and it taught me many important lessons that I’ll never forget. I pray you can incorporate some of these truths into your own life, as I will be incorporating them into mine, even during this upcoming semester.

“And this is the confidence that we have in him, that, if we ask any thing according to his will, he heareth us:”

There is power in prayer. Try it for yourself.

“True prayer is neither a mere mental exercise nor a vocal performance. It is far deeper than that – it is spiritual transaction with the Creator of Heaven and Earth.”

One Reply to “The Power Of Prayer”